The LGBT+ Network for Change (registered with the Charity Commission as the LGB&T Dorset Equality Network, reflecting our origin in the early to mid-2010’s in the Bournemouth-Poole-Christchurch and Dorset area) comprises community members, LGB&T equality and anti-discrimination activists and educationalists that bring to it a wealth of expertise and focused dedicated passion and enthusiasm to see LGBT+ empowerment and LGBT+ related change at local areas, to national and international levels. 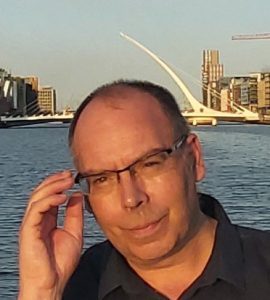 Alan was born in 1967 (Canterbury, Kent, and has a BA Hons in History from the University of Kent) — the year when to not be heterosexual was partly decriminalised in the UK, overturning the so called ‘Victorian Age’ British Empire era human rights destructive values & related culture that saw the de-facto martyrdoms of Oscar Wilde and Alan Turing.

A freethinker, equality and diversity educationalist and campaigner, artist and writer, for Alan from his youth he has had a passion for defending human rights and counteracting prejudice.  This especially in regard to supporting fellow LGBT community members and LGBT community ‘Allies’ and fellow BAME [Alan is dual heritage: South American and British Isles/European] community members on LGBT and multicultural equality and inclusion.

Alan is passionate about challenging LGBT and BAME related ‘tick box cultures’ and prejudice in both public services and government departments, and the private sector, and has both Dorset area to national UK level credentials in this area, including successful campaigns against those involved in seeking to stifle independent voices critical of tick box cultures.

He has a major record of achievement on being the author of at least six, to date, published UK Parliamentary Select Committee LGBT and BAME communities related equality and inclusion inquiries (which influence government policy change and Whitehall performance scrutiny) of major importance.  He is also a national/Parliament to international recognised expert on the so-called ‘Hostile Environment’ created and delivered by the UK Home Office immigration section senior officials.  Alan was the originator of the Network, and is also accomplished in the area of major LGBT and BAME supportive projects delivery.

Alan is also Convenor for the Green Party of Ireland’s LGBTQI+ Policy Group.

Email: contact.lgbtdorsetequality@gmail.com (main/operations and services email address for the Network)

The Network Board of Trustees:

Erin Greenslade — Network Trustee, Chairperson and a Co-Founder of the Network: 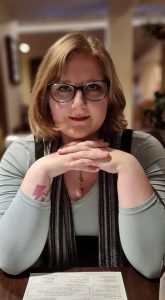 Hello everyone! My name is Erin and I’m a mid-twenty-something out and proud member of the LGBT+ community. I came out as bisexual when I was in my late teens, and have been proud about it since then.

I’m an English teacher in Hampshire and work for LGBT Equality Network in my spare time. My specialist focus is the education system and a provision for youth outreach – and I have also been known to write a strongly worded letter or two! My favourite book is Jurassic Park and I can often be found in a bookshop, getting lost in the choices of all the wonderful literature we have nowadays. I’m also into video games, and am thrilled when I find one with good representation. Tell Me Why, I’m looking at you.

I’ve been working with the Network since its inception, and am unbelievably proud of everything we have achieved. 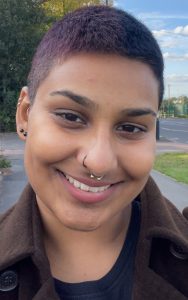 Ria is Croydon Council Councillor (representing the Green Party), and is a psychology student at university, currently on a placement year, working as an Honorary Assistant Psychologist with young people and children with autism. At university, she has set up a People & Planet society, setting up a campaign, fighting for migrant rights for student and staff.

Outside of this, she is a campaigner working on migrant rights, LGBTIQA+ rights and climate action. They also spend their free time volunteering with vulnerable people, including ex-offenders, as well as at their local Refugee Day Centre and COVID-19 vaccination centres. Also, she is a student trustee and the vice treasurer at People & Planet, a student-led charity for social and climate justice. Finally, they are a founding member of Fossil Free Pride, calling for Pride celebrations to pledge to adopt a publicly available ethical sponsorship policy and refuse to accept sponsorship from or partnership with fossil fuel companies

Ria is a member of the UK Green Party, and is the Co-Chair of LGBTIQA+ Greens, and works closely with the Green Party’s Equality and Diversity Committee.

Seb (they/them) is the Social Media Lead for LGBT+ Network 4 Change. They are also an organiser on the LGBTIQA+ Greens, the LGBT wing of the English and Welsh Green Party, as well as active with the Young Greens.

Seb is also a teaching  assistant at a local town college. They take a particular interest in how communication can not just convince or entertain an audience, but also construct and promote ideas that can lead to wide scale change.

We have a number of advisors that work in public service and other organisations, and input to the Network on specific projects and Network activity areas. Our Bournemouth area direct advisor/volunteer, David Viña. David recently contributed strongly to Bourne Free 2022 (https://lgbtnetwork4change.com/bourne-free-pride-2022-network-congratulations-to-the-bourne-free-team-for-a-fantastic-pride/) and has also been supporting Network lead Alan Mercel-Sanca on a number of projects such as the recent (Spring 2022) LGBT international film festival delivered by Bournemouth University Events Management Department (https://lgbtnetwork4change.com/commendation-of-bournemouth-university-events-management-team-concerning-lgbt-international-film-festival/). 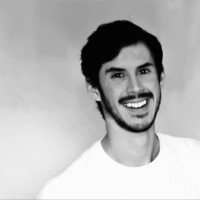 David is Bournemouth based. David is involved with the marketing, media and arts industry sectors, and has a pioneering personality and an open and ambitious mind. With a passion for business and arts, and keen on helping his community, he aims for a positive change in the communities around him.

Our network also includes patrons, our first patron was Sophie Cook, a national level motivational speaker and educator, and our current Patron is Lindsay England, founder and lead of the national grassroots anti-homophobia and trans-phobia in football and sport campaign organisation, Just a Ball Game? — Network initiator and lead Alan Mercel-Sanca has been male co-chair of JBG? for a number of years up to summer 2022, and has been assisting Lindsay and the very important work that JBG? covers in the sports domain, for a number of years.

A major Olympics legacy anti-homophobia in football and sport exhibition project (http://ahs-exhibition2012.co.uk/http://ahs-exhibition2012.co.uk/) initiated and led by Alan in connected Lindsay and Alan in 2012; one of the first outcomes of which was a major groundbreaking exhibition at the National Football Museum, Manchester for LGBT History Month — led by Lindsay/JBG? the exhibition was the main feature of the JBG? contribution to LGBT History Month that year.

Former trustees who played valuable roles in support of development of the LBGT+ Network for Change in its original pan-Dorset and Bournemouth/Christchurch/Poole conurbation ‘LGB&T Dorset Equality Network stage:

The Network wishes to record our thanks to John Hyde, Louise Clarke, and Bruno Sousa for the outstanding contributions they played in a number of ways in the pan-Dorset and Bournemouth/Christchurch/Poole conurbation in the first six years of the Network’s existence when most of its activities were located to the area mentioned.  John (Fr Canon John Hyde) deserves especial praise as he served as Chair of the then LGB&T Dorset Equality Network across two three-year terms, and was the first to support LGBT+ Network for Change lead and initiator when Alan in the early 2010’s worked diligently to establish the Network in support to various LGBT+ sub-populations that in the pan-Dorset area (and in some cases nationally) were being overlooked in regard to effective, focused support for their particular vulnerabilities and wont of voice.

Brief bio descriptions for John, Louise, and Bruno are included below.

John, is a proactive and greatly respected LGBT community figure across the Bournemouth/Poole/Christchurch conurbation and the Dorset County area.  His reputation for community support in the pan-Dorset area has been developed over decades. John and his husband Peter are Poole residents.  John though semi-retired, still continues to provide carer support services at Bournemouth/Southbourne area care homes.

Amongst many more areas of LGBT community service Fr John has for many years been providing annual World AIDS days services (such as at Bournemouth Triangles LGBT venue DYMK) and Transgender Day of Remembrance services (Bournemouth and Dorchester).

Fr John was the first to answer the call of Network Lead Officer, lead initiator/architect Alan Mercel-Sanca, when Alan through his NHS engagement work first raised call for the need to support often overlooked or especially vulnerable community sub-population groups.

John was the Network’s first Chair from the Network’s creation as a Charity Commission recognised charity in early 2016.  He has and continues to provide through the Network support activity for HMP The Verne’s LGB and T residents and staff.  John was also a veteran Trustee at the Dorset area Space Youth Project for many years before retiring due to poor health.  He was also a senior advisor when the ground-breaking Rufus Stone Film was developed, and he was founder and is lead of the Silver Moments LGBT social meeting group.

Louise Clarke —  former trustee, and one of the original co-founders of the Network:

I am Louise Clarke and I am passionate about promoting equality. I became a trustee of the Network because I believe we can make valuable change within our local community and nationally.

We have already achieved great things but believe we have only just scratched the surface and look forward in excitement to what our Network can achieve further in the years ahead!

I am also a trustee of Bourne Free (Bournemouth Pride), AFC Bournemouth’s Community Trust and founded AFC Bournemouth’s LGBT+ supporter group ‘Proud Cherries’. So as you can probably guess, I am a big Cherries fan and have a particular interest in promoting equality within all sports and especially football. When all of the above doesn’t quite fill up all of my spare time, me and my partner have a gorgeous 1 year old son who takes care of the rest.

Bruno, a nurse working at Royal Bournemouth Hospital has major interest in and experience concerning development of the NHS as a more LGBT inclusive organisation. He was the lead for the Royal Bournemouth Hospital Staff Group.  He is Proud to be a BAME LGBT community member and as such he contributes his valuable insights on NHS context BAME LGBT workplace and service provision.  Bruno through the Network has also provided major support to our LGBT community, the NHS, and Public Health Dorset via a ‘talking heads’ video on the particular needs of sections of our Community regarding Covid 19 impacts.

As a member of the LGBTQ+ communities, I feel that sticking up for them is extremely important. I have a range of voluntary roles that I am part of in my local area of Worcestershire. I am an avid reader and love writing. I support Northampton Town Football Club and support Northampton Saints Rugby Club. I do also love my Sci-Fi especially Star Wars.